Did You Know? ICBC’s Year of Change Starts in April for Minor Injury Claims

Did You Know? ICBC’s Year of Change Starts in April for Minor Injury Claims

What’s your pain and suffering worth?

A lot more than it was in the year 2000, according to ICBC. Average awards for pain and suffering grew from $5,0000 to over $16,000, an increase representing 50% of the total, four-fold increase in minor injury claims during that period.

As a result, this spring ICBC will be limiting payouts for pain and suffering — separate from wage loss, medical care and legal costs — as just one in a series of changes the Attorney General announced last winter, intended to mitigate growing losses incurred by the public insurer over the past few decades.

In a year of sweeping changes for the Crown corporation, these first few financial remedies will only effect drivers with claims, as opposed to the qualification and rating rules changes (previously covered in this blog), that will arrive in September.

However, it’s still important to understand the impact of these changes, which take effect in less than three months; should you be injured in a crash, have a dispute over any aspect of a claim filed with ICBC, or require medical care, you may experience a different payout, resolution process, and health outcomes than we’ve previously known.

According to ICBC, it’s all about increasing benefits, providing more choice, and better care:

ICBC is very careful to define pain and suffering – essentially a symbolic term to express the distress and inconvenience of a claim-related minor injury – while also reinforcing that a physician determines what a minor injury is. In that sense, ICBC’s new limit of $5,500 for pain and suffering stemming from a minor injury will fall away according to a doctor’s re-assessment of the claimant as little as four months following the injury (for concussions or mental conditions), or 12 months for injuries that continue to disrupt your life. It’s ICBC’s way of trying to eliminate the growth of unnecessary five-figure payouts, while ensuring care for chronic or lingering issues remains available. Compensation for actual medical care, wage loss and legal costs, meanwhile, remain untouched

Legal costs associated with minor injury claim disputes – typically claimants suing for greater payouts and settlement benefits – always cost ICBC directly, impacting average claim costs; depending on court judgements, claimants are also sometimes out-of-pocket for lawyer bills that exceed the original, expected claim payout. In order to lessen the burden of legal fees for all parties, ICBC will allow customers to apply to the Civil Resolution Tribunal, an independent, online adjudication team to hear the case. This means that, regardless of the ruling of the CRT, claimants can get a fair review and ruling of their case, and ultimately keep their entire settlement, rather than paying a portion of it to legal fees.

It’s not all about cutting costs; ICBC is also providing more coverage for a wider range of treatment types, medical supplies and services, home-making benefits, and death benefits. Coupled with the doubling of medical care and recovery benefits (to $300,000) announced last year, it’s clear ICBC’s fiscal priorities are matched by its commitment to care and recovery for all its customers; new and increased benefits are applicable to every British Columbian, whether they’re at fault or not. For more details, see the ICBC webpage on all the changes.

Hopefully you’ll never need to experience a claim resulting in the need these benefits.

But despite the initial impression that ICBC is clawing back accident-related payouts for claimants, it’s clear they’re changing the entire system in such a way that a greater spectrum of support and care can be delivered while also ensuring long-term financial viability.

Complemented by the changes coming this fall to ensure risk and premiums are assessed fairly, it promises to be a turnaround year for our licensing and insurance body.

Do you have an active auto insurance claim? Questions about the changes coming this April? Talk to us today. 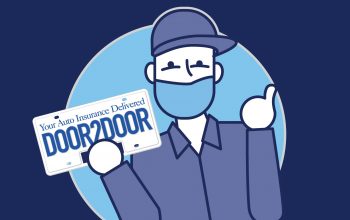 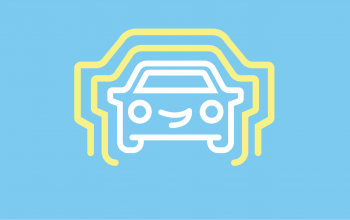