It wasn’t that long ago that most North American consumers wouldn’t have thought twice about earthquake insurance.

That’s due in part to the fact that we might have assumed our existing home insurance policies would cover this extremely rare, highly damaging event. “Acts of God” was once a category for unforeseen events, and they didn’t seem to ever happen.

As larger-scale natural disasters have become more frequent in the past few decades – California earthquakes in 1989 and 1994, and a series of hurricanes in the Gulf of Mexico and up the east coast in the 1990s and early 2000s – insurance companies have taken heavier-than expected hits from the thousands of large claims generated by each event, resulting in the entire industry needing to take a fresh look at the entire category of natural catastrophic (or “nat cat”) risks.

Today in BC, we know the geophysical characteristics of the Pacific Northwest makes this an impossible scenario to ignore. Growing tectonic pressure off the coast of Vancouver Island, and a 300-year dormancy period for a ‘mega thrust’ quake, means there’s a 1 in 4 chance of “the big one” occurring sometime in the next 50 years. And with that, the insurance industry has developed new actuarial approaches to calculating risk and payouts; thus, earthquake add-on coverage is widely available.

In fact, in this province, insurers are often automatically quoting home insurance policies with this coverage built in. British Columbians seem to be particularly embracing of the “better safe than sorry” approach; industry experts suggest 60% of home policies in BC include earthquake coverage, whereas in California it’s under under 15%. (Wildfire insurance, meanwhile, is a big deal.)

So, what does earthquake insurance cover? In short, the actual cost to repair, replace or rebuild – usually whichever is less – your home and detached structures (such as a garage, fence or even landscaping), and contents, with like kind and quality.

If an earthquake hits, and it’s the direct — and sometimes even indirect — cause of damage or loss, you’ll be covered.

There are some important caveats; for example, sometimes the damage you experience may be indirectly the result of an earthquake. Perhaps the shaking doesn’t cause the damage, but the related broken gas line or water main that then leads to a fire or flood.

Despite being an unlikely event overall, if an earthquake happens, there are unfortunately all kinds of unpredictable domino effects that could complicate matters, some of which could be covered. Some may not; you should talk to your insurance broker about your specific policy to understand how direct and indirect loss and damage are defined.

The second thing to keep in mind, perhaps much more important and easier to understand, is something we recommend you think about now: deductibles.

That’s because, despite the low risk, the financial impact of almost any kind of earthquake is so great — and would effect such a large geographic area – that insurers must charge enough to ensure they can not only pay out all claims, but charge enough premium for the risk of earthquake. Your insurer is not actually holding all the risk; their business portfolio is just one of many risk pools ultimately held by ‘reinsurers’, amongst whom the cost of all claims is spread accordingly.

When considering earthquake insurance, many consumers tend to be concerned about the policy premium. It’s understandable — earthquake coverage can often make up 40-50% of the overall premium for your home insurance policy.

But we actually think you should consider paying just a small bit more; in fact, we recommend paying to reduce the earthquake coverage deductible down, to something you can actually manage should an event like this occur.

That’s because deductibles on earthquake coverage are typically 10% of the total replacement value value, and is what you the consumer must first pay before the insurer pays.

And that means an earthquake wouldn’t have to be catastrophic to cause significant damage, but of a different kind.

A 2,500 square foot house, with contents, might have an earthquake insurance deductible of $75,000 on a building limit of $750,000 — that means the first $75,000 or less is on you. Contents coverage usually runs about 80% of the building amount, and thus your earthquake deductible would reach higher limits.

If you’re concerned about not just the risk, but also the cost of damage repair, what can you do? Get earthquake deductible buy-down insurance.

For just a few dollars a month, it’s a separate insurance policy that will reduce the deductible on the core earthquake policies, no matter who is insuring you, thus reducing your financial exposure. This will preserve your finances and ensure your peace of mind should a claim occur.

There are rules that you need to know before purchasing, so contact an Allwest Insurance broker today to learn more.

In the event of the big one, a moderate one, or even a small one, it’s important to know you’re covered. Whether it’s a cracked foundation, a collapsed roof, a flooded basement or smashed valuables, don’t leave yourself on the hook to pay the full cost yourself. 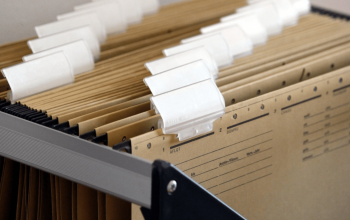 By-Law Coverage: A Smart Move for your Home Insurance Policy 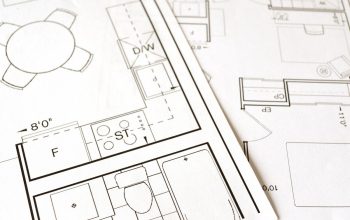 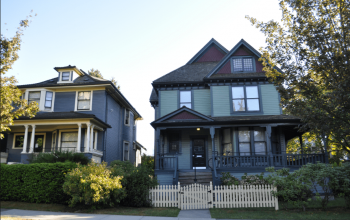